The Fòrum Gastronòmic Girona brings the curtain down on the success of its visitors and confirms the economic recovery of this professional sector. 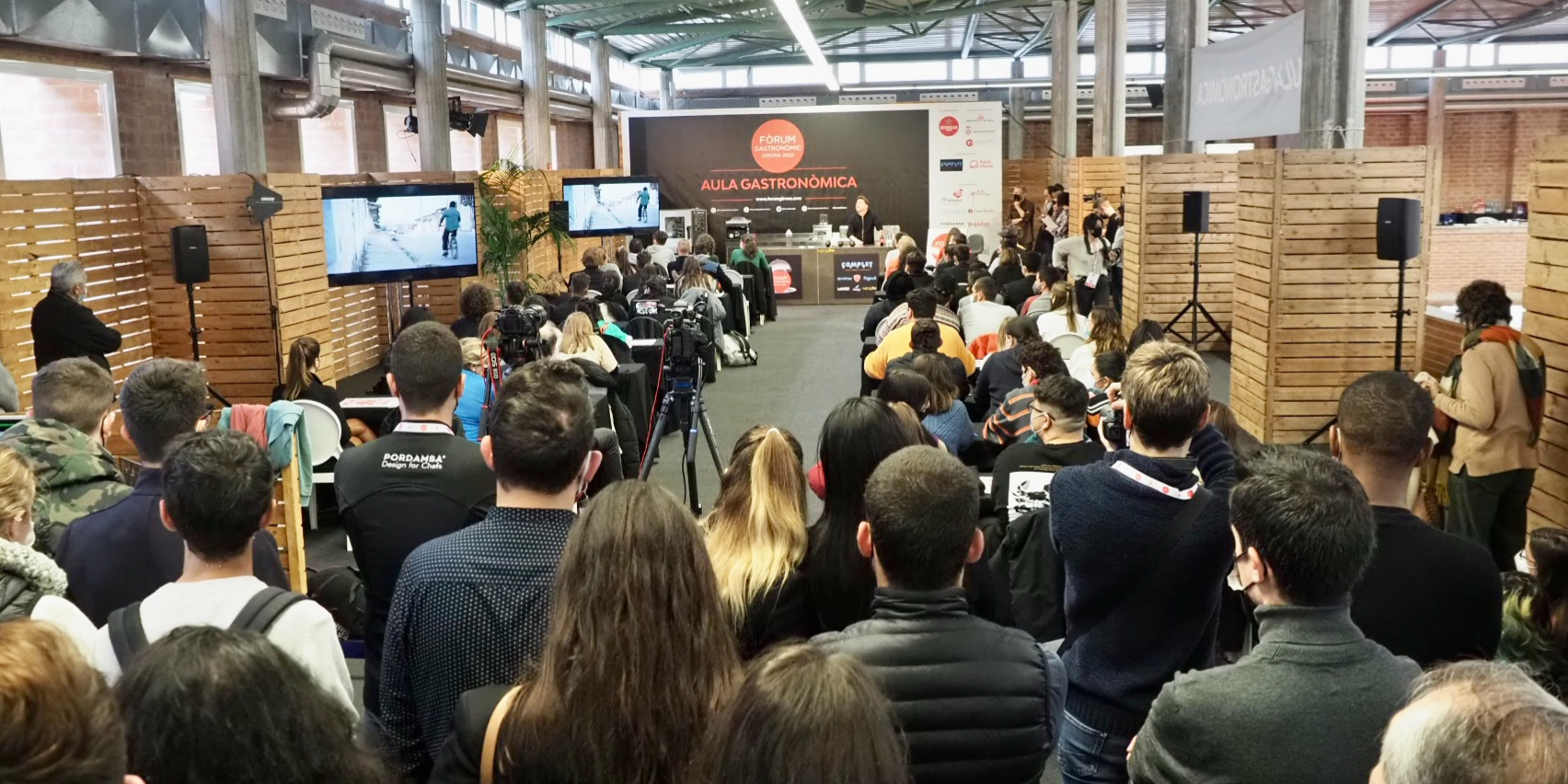 All the presentations, monographs and debates were well attended by a large number of visitors

The Fòrum Gastronòmic Girona closed its doors today, having received thousands of visitors, most of whom were professionals from the gastronomy and catering sector. For three intense days they filled the Palau de Fires and the Girona Auditorium, enthusiastically following the presentations, debates, monographs, competitions and culinary demonstrations that took place. At the end of the event, it was announced that the Fòrum Gastronòmic will now be held annually in the city of Girona.

There was also great satisfaction among the more than 120 exhibitors who occupied the 7,000 m² of exhibition space, who left the Gastronomic Forum with a significant volume of sales and contacts with new customers and suppliers. This exemplifies the economic recovery of a sector that is making a strong comeback after the multiple restrictions caused by the pandemic, and which has found the Forum to be a great business opportunity.

The third day began with one of the highlights of the day, with Jordi Roca heading the list of pastry professionals who took part in the monograph on chocolate, which kept the Aula Gastronòmica packed throughout the morning. A space that also hosted the eagerly awaited cheesecake monograph, while the Forum's debate area today dealt with the world of gastronomic start-ups. In this area, the Barcelona company Yumminn won the award for the best innovative company at this year's Fòrum Gastronòmic Girona, in addition to the award for the best sommelier in Catalonia, which was presented last night. This award went to Joan Anton Colet, from the El Garbanzo de Oro restaurant in Vilafranca del Penedès.

The signature coffees area had a busy day of guided tastings, as did the Girona Excelente classroom, and the Auditorium was also very busy with dialogues on creativity and business (with Iolanda Bustos, Carme Picas, J.C. Sánchez, Màrius Jordà and Jordi Juncà), the figure of the professionals in the dining room (Maria Casellas, Joan Morillo, Cristina Feliu, Meritxell Vilalta, J.C. Ibáñez and Lluís Coll), the world of vermouth (Andrea Serna) and talks by the chefs of the Disfrutar (Oriol Castro, Mateu Casañas and Eduard Xatruch) and Miramar (Paco Pérez) restaurants.

This brings to a close a Fòrum Gastronòmic that for three days has focused on the professionals in the kitchen, chefs, sommeliers, pastry chefs, bakers, cheese makers, charcutiers... with a luxury line-up of professionals from all fields who have shown that the gastronomic sector is facing the future with energy and renewed strength.

The Fòrum Territori keeps the show active from today onwards

And just a few hours after the closing of the Fòrum, this very evening the Fòrum Territori begins at the Espai del Peix de Palamós, a formula to make the professional show go on tour throughout the year, offering activities ranging from unique gastronomic experiences to recovering new debates that may arise during the event and that have not been dealt with in depth.