The gastronomic universe comes together in Girona at a Fòrum that is experiencing a day with a large number of professionals from the sector. 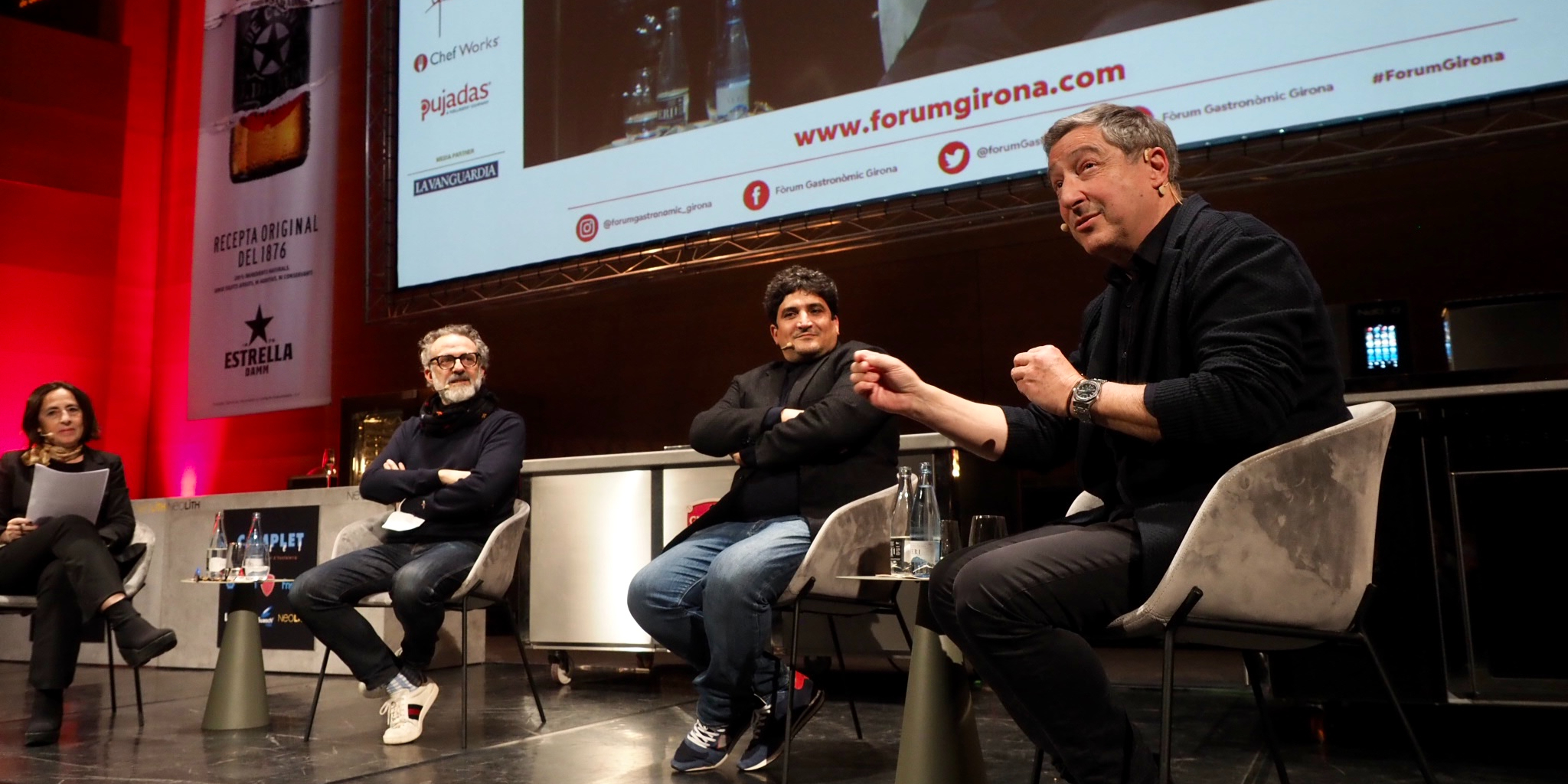 The new Association of Dining Room Professionals was also presented.

The Fòrum Gastronòmic Girona has experienced a second day full of people, with more than 6,000 visitors, 70% of whom were professionals from the catering and gastronomy sector. From early morning, the large exhibition areas were packed with visitors, as were the debate and workshop areas of the Palau de Fires de Girona. The large hall of the Auditorium was also an intense day, with a final climax in the form of a master class given by the chefs Joan Roca (La Bodega de Can Roca), Massimo Bottura (Osteria Francescana) and Mauro Colagreco (Mirazur), who discussed cuisine as a tool for social awareness and environmental transformation.

Steak tartare and the secrets of its preparation were the focus of one of the Forum's monographs, with an in-depth debate on the technique for preparing and serving this dish. Afterwards, the five steak tartare finalists were evaluated by a jury of experts, who decided that the best steak tartare in Spain was prepared by Isidro Soler, head chef at the Divinum restaurant in Girona.

As for the debates between professionals proposed by the Fòrum Gastronòmic, the Auditorium hosted very intense sessions with professionals analysing problems in the sector such as opening hours and staff shortages (with Marc Gascons, Josep Maria Aguirre, Camil Ros, Salvador Jordà and Gracia Martínez) and also debating the generational changeover at the head of restaurants and businesses in the gastronomic sector (with Carme Ruscalleda, Martina Puigvert, Adrià Bou, Adrià Edo and Marc Ramos). There was also a conference on halal consumption as a factor for economic growth and inclusion.

Today also saw the presentation of the new Association of Dining Room Professionals, the first in Catalonia, which brings together this group, which is so necessary for the smooth running of restaurants. During the presentation, the honorary award was presented to Vicenç Andreu and the award for the best professional waiter went to Abel Valverde.

The activity at the Fòrum Gastronòmic will resume tomorrow at 10 am with the third and last day. You can find the full programme at www.forumgirona.com